Coffee or Energy Drinks: Which is the Better?

Coffee is one of the most popular beverages not only in the United States but globally as well.

Millions of people rely on coffee to start their days. While coffee has been around for centuries, it is rising in popularity among millennials.

A recent study released by Bloomberg shows that the demand for coffee has remained high during the past few years.

While coffee remains a popular drink among all demographics, energy drinks are also rising in popularity. This has led many people to wonder which of these two drinks is better: coffee or energy drink?

There are a few key points to note; however, coffee still has the edge on energy drinks.

An Overview of Coffee or Energy Drink

Coffee and energy drinks are both popular; however, they are very different beverages. Coffee is a beverage steeped in tradition with a rich history.

Energy drinks are seen as the unique, trendy, modern drink specifically designed to help people alleviate fatigue and get through the day. While coffee certainly helps people wake up in the morning, it seems that energy drinks were designed specifically for alleviating fatigue.

Therefore, when looking at coffee versus energy drinks, it is important to focus on what sets them apart. Therefore, both coffee and energy drinks will be evaluated not only on taste but on their health impacts as well. 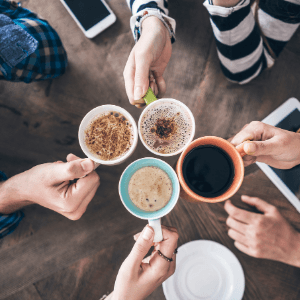 The main benefit of coffee is that it helps people stay awake. Coffee does this in the form of caffeine.

Globally, caffeine is among the most studied stimulants on earth.

While the average amount of caffeine in a cup of coffee can vary depending on the amount of time it takes to brew, how large the serving is, and how the drink is prepared, coffee is among the most caffeinated beverages in the world per fluid ounce.

Therefore, this is one of the main benefits of coffee. The caffeine helps people wake up. At the same time, there are a few other benefits of drinking including:

While these benefits are nice, there are a few drawbacks to note as well. These include:

Therefore, it is a good idea to weigh the benefits and drawbacks of coffee carefully.

The Benefits of Energy Drinks 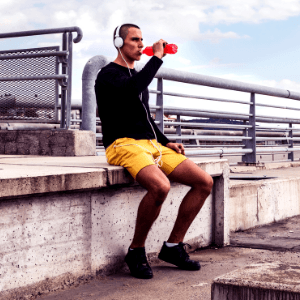 The Benefits of Drinking Energy Drinks

During the last decade, energy drinks have increased markedly in popularity. They are mainly consumed by teens and younger adults; however, as the younger generation continues to enter the workforce, they are going to become more common among middle-aged individuals as well.

Some of the benefits of energy drinks include:

At the same time, there are also numerous downsides including:

Therefore, everyone has to monitor their energy drink consumption carefully. They can be dangerous if they are consumed in high amounts or if they are combined with alcohol.

The Final Word on Coffee or Energy Drink 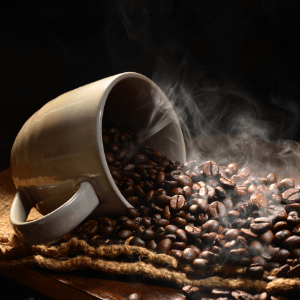 Now that the cases for coffee and energy drinks have been clearly laid out, it is obvious that coffee comes out on top. Coffee is a beverage that has a long history and, therefore, its health impacts are more predictable.

While coffee has its benefits and drawbacks, there are too many unknowns when it comes to energy drinks.

Furthermore, there have been some disturbing reports published regarding the health impacts of energy drinks.

Therefore, for those who are looking for a beverage to give them that “pick me up,” it is better to go with coffee.