What are most popular types of coffee beans?

Coffee drinkers know there are many different types, species and varieties of coffee beans, but figuring out what to drink at your local coffee shop is still confusing.

Read on for a short guide to some of the most popular types of coffee beans, by species and variety (or flavor profile).

There are several species of coffee plants, but the vast majority of the world's coffee beans come from two species: Arabica, and Robusta. They are predominately grown in Africa, southeast Asia, Central and South America. These beans vary immensely in taste and flavor depending on where they are grown.

The less common species are Liberica and Excelsa. These are rarer and more expensive. 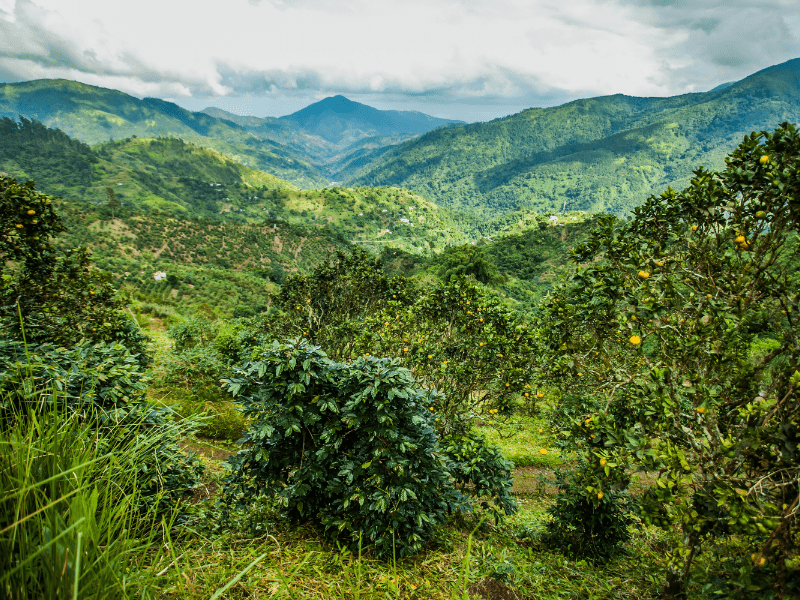 This is undoubtedly the most popular species of coffee bean, prized for the delicacy of its flavors and the sweetness of its beans. Arabica beans make up between 60-70% of all coffee produced in the world, though this is not because it is the easiest to grow.

Arabica can only be grown at altitudes between 1,800-3,600m (6,000-12,000 feet) above sea level and requires a climate with distinct rainy and dry seasons. Arabica plants are also slower growing and more susceptible to disease than their Robusta cousins. This type of coffee bean is often found in an espresso.

This coffee bean grows well in high humidity and at lower altitudes than Arabica, and is also resistant to many coffee diseases. It contains more than twice as much caffeine as Arabica, but this high caffeine content can make the resulting coffee brew taste bitter.

Excelsa coffee is grown mostly in Southern Asia and accounts for only 7% of the world's coffee supply. Brews typically taste fruity and dark. It's often combined with other coffee types and is regularly confused with Libercia and Robusta coffee beans, as a result.

Libercia is a rare coffee type native to Western Africa, specifically Liberia (hence the name). It was transported to the Philippines. However, this type of coffee bean is harder to acquire today, has a full body and reportedly tastes woody.

Fun fact: the coffee plant that produces these beans grows taller than any other coffee plant.

Each coffee species has a number of different varieties that affect their flavour profile.

Some evolved or mutated naturally, and others have been cross-bred specifically by growers in order to emphasize specific taste qualities or increase hardiness.

Here we describe the five most popular varieties of coffee beans with information on their origins and flavor profiles.

Bourbon is a variety originally planted on the island of Réunion (then called Bourbon) in the Indian Ocean, by the French. It mutated naturally from the original stick and now yields a large crop of tasty cherries.

Though Bourbon has been planted all through Latin America (especially in Brazil), the Réunion beans are still considered to be the most flavorsome, possibly as a result of the island's volcanic soil.

Taste profile: Bourbon beans produce a complex, and delicate cup of coffee. Drinkers will have their tastebuds delighted by buttery chocolate flavors with light, sweet overtones balanced with crisp acidity.

The Typica beans originally came from Yemen and were cultivated in various places, eventually ending up being cultivated primarily by the Spanish in the Philippines and by the Dutch in Indonesia.

Typica has been brought to new places, it has naturally mutated to produce new varieties with their own unique characteristics, which are often named after the areas in which they grow.

Taste profile: This Arabica coffee has been perfected over centuries and has generally excellent cup quality. It gives drinkers outstanding sweetness, cleanliness, and body, and may often have lemony or floral notes finishing with a sweet aftertaste.

This variety was developed from two mutations of a Bourbon cultivar. It grows to maturity quickly, produces a higher yield than its parent plant, and is more disease resistant.

However, this higher yield results in less complexity of flavor. Still, it makes a tasty cup of coffee and is the base for a number of popular hybrids.

Taste profile: Caturra produces a bright-tasting and slightly acidic cup of coffee. It originated in Brazil.

Colombia is the third-largest producer of coffee in the world. Also known as Variedad Colombia, this Caturra hybrid is high-yielding and disease resistant, making it an ideal variety for farmers with smaller plots, at high altitudes.

Taste profile: A bright flavor with notes of caramel and chocolate, and hints of cherry.

These beans are a variety of Typica grown in the Blue Mountains of Jamaica near Kingston. This area has remarkably rich soil, a high elevation, and a lot of rainfall. This environment coupled with the bean results in a coffee with an unusual and highly desirable flavor profile.

Harvesting the beans is difficult because of the terrain, and there is not much land for growing, meaning that few beans are produced. As a result, Blue Mountain beans can cost you upwards of $10 for just one cup in your local coffee shop, making it an expensive cup of coffee.

What Else Affects the Flavor Profile of Coffee? 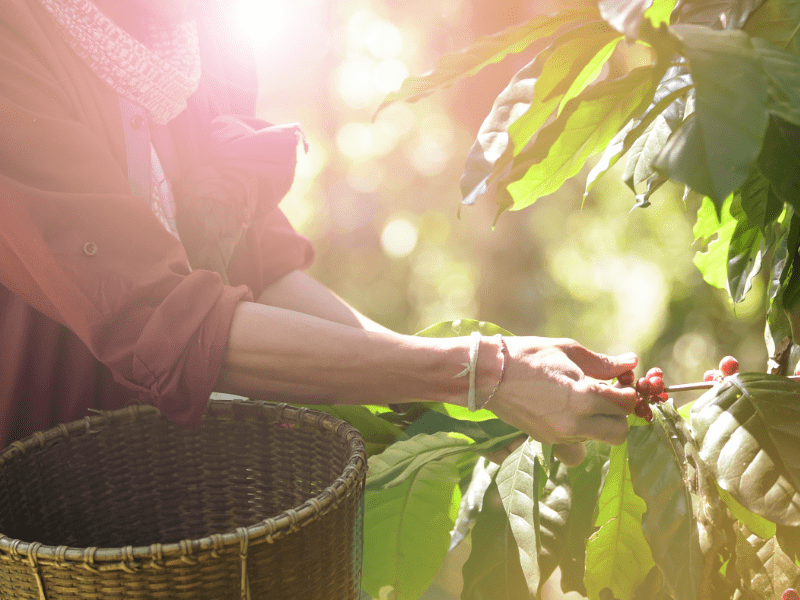 Even with the same variety of beans, a cup of coffee can taste very different depending on the way the beans are prepared and processed. There are three main ways of processing the beans, each of which yields different results and is suitable for different types of beans.

In this process, the coffee bean is removed from the coffee cherry and all the sugary pulp is washed away. This process is suitable for the most flavourful and sweet-tasting of coffee beans. It relies on the bean absorbing all the sugar it needs during its growth cycle.

Good for: Tasting the flavor profiles of a region

This process allows the bean to dry inside the coffee cherry. It allows fruity, sweet flavors of the coffee to shine through in the cup, but the process has been criticized by some as leading to inconsistent results. It is, however, the most eco-friendly of all the processes.

In the honey process, the outer skin and some of the pulp are removed from the coffee bean and then the sticky pulpy beans are dried. This leads to more consistent results than natural-processed beans but retains much of the delicious sweetness.

Good for: The best of both worlds

What Additives Are In Your Coffee?

What's the point in going out of your way to order a different type of coffee to a normal roast or paying more for an Excelsa if you load it with milk, creamer or sugar?

Try drinking a cup of good roast coffee black before putting in any extras. Similarly, the acidity of water used during the brewing process will also affect the taste profile.

The Final Word on Types of Coffee Beans

Different types of coffee beans come in and out of fashion and vary by country and coffee shop or franchise.

If you like a sweet, chocolatey drink then you may want a honey-processed Colombia bean, and if you prefer lemony acidity you could look for a washed Typica or something similar.

When it comes to coffee, following your personal taste is the key to finding the perfect cup.