What Is Kona Coffee?
What Is White Coffee?
The Battle of Irish vs English Breakfast Tea
Siphon Coffee vs French Press (Which One Is Better For Me?)
10 Most Profitable Things To Sell In A Coffee shop (Besides Coffee)

Latte and Mocha, What’s The Difference – Everything You Need to Know

What’s the difference between latte and mocha? The easiest way to explain it is that mocha is a type of latte. But it’s a little bit more complicated than that.

Understanding which is which and knowing which you like more makes it easier to get the coffee order you want when you visit a coffee shop or make a coffee beverage at home. 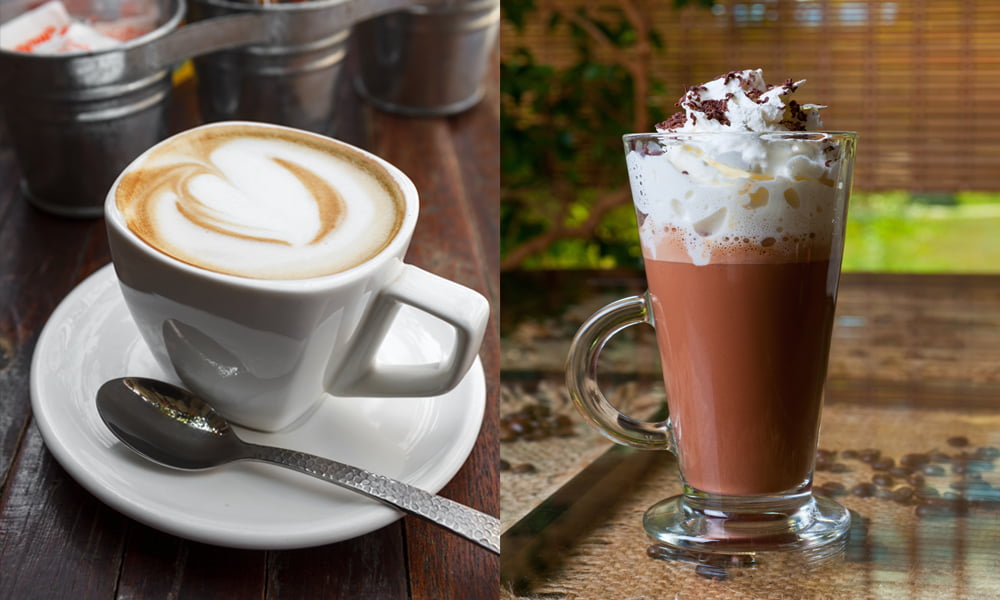 What are the differences between latte and mocha?

Latte and mocha contain most of the same basic ingredients: steamed milk and espresso. The difference is that a cafe mocha contains chocolate.

There is also a difference in the milk to espresso ratio, which is the case for most coffee beverages. For example, lattes and cappuccinos both contain milk and coffee, but in different amounts.

A cafe latte or latte means “coffee and milk.” It’s been in existence since the 1600s in Europe, but what they were drinking back then was a bit different than what we get today in cafes because there were no espresso machines.

That means no milk froth, iced coffee, or foamed milk with your mocha coffee or latte. An espresso drink was made a bit differently back in the day.

Essentially, they were just mixing coffee and hot milk. Some believe it was actually the Americans traveling to Italy who “invented” the latte, or at least the need for the latte.

They found Italian espresso to be overwhelming and added steamed milk to it to make it more appealing and closer to what they were used to drinking.

This more modern version of a latte is closer to what coffee lovers drink today and was popular long before it made its way to the west coast of the country.

A latte is made up of 2/3 steamed milk or milk froth and 1/3 coffee. This makes it one of the lighter coffee beverages and also one of the higher calorie coffee beverages, though it’s still not too bad if you add no sweetener or flavored syrup.

In most cases, a latte has a layer of foamed milk on top, too.

Keep in mind, not every barista makes espresso coffee beverages exactly the same way. Nor does a barista always use the same brand and coffee bean roast, though espresso roast is the most commonly used option when it comes to lattes.

Also, remember there are flavored lattes and lattes in which they use non-dairy milk and different types of sweeteners. It’s possible to create a customized beverage to your likely, so you’re encouraged to sample different types until you find what suits your taste.

It’s even possible to use tea or matcha powder instead of brewed coffee to make a latte. The ratios remain the same, but you don’t get a coffee flavor, obviously.

Now that you understand the basics of a latte, let’s find out more about a mocha.

Mocha coffee became popular in the 1980s when gourmet coffee stores began to spring up.

Baristas were experimenting with traditional lattes, looking for flavors and combinations that went well together. It should come as no surprise to anyone that adding chocolate to coffee was a hit.

It made for a grown-up hot chocolate that packed a caffeine punch as you’d find in other espresso drinks. The sweetness of the chocolate and creaminess of the milk even made it popular with non-coffee drinkers.

Like a latte, a mocha is a blend of steamed milk and espresso. Most mochas are made with an even amount of chocolate and espresso, with less milk than a latte.

You’re going to get as much chocolate taste as you do espresso taste. Mochas are a bold, sweet, dark, chocolatey version of a latte.

And like a latte, there are plenty of ways to customize the drink. You can add sweetness by including caramel or other flavored syrup, top it with whipped cream, or add a sprinkle of cinnamon.

Some people like to add peppermint flavor around the holiday season to make a peppermint mocha. It’s even possible to use chocolate milk for the drink to make it a double chocolate mocha.

Again, try experimenting with different ways of making your drink until you settle on one that suits your preference.

Latte and Mocha – Which is Sweeter in Taste? 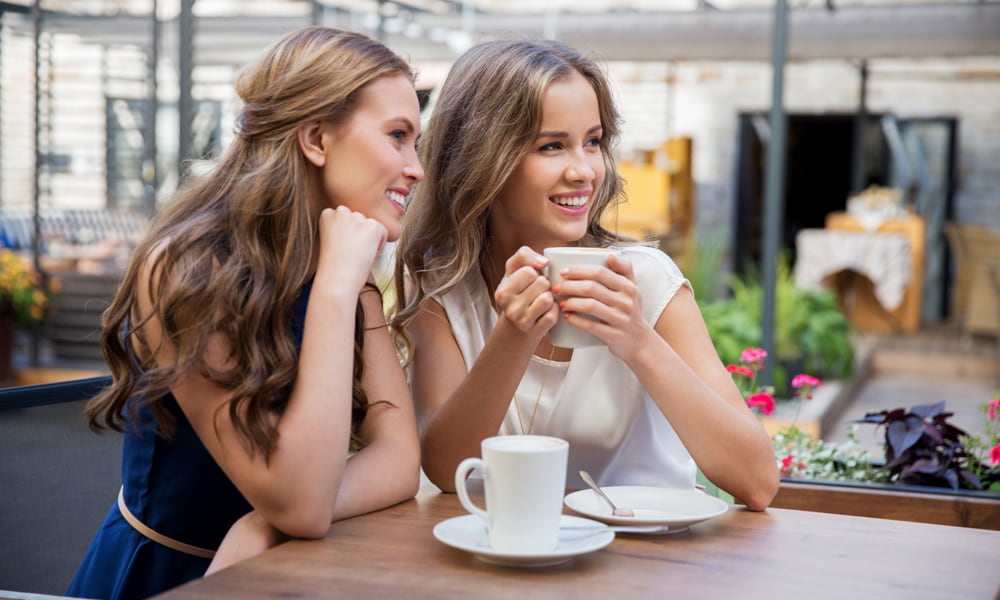 Which is sweeter. Latte or mocha?

Most of the time, the mocha will be sweeter, but it all depends on whether sweetener is added to the latte. For example, a caramel latte with a teaspoon of sugar will be far sweeter than a standard mocha made with high-quality dark chocolate.

Which has more caffeine?

Again, this depends on the specific recipe used for the drink. But in most cases, the mocha will have more caffeine because it has higher espresso content.

If you are concerned about the caffeine content in your coffee beverage, consider using decaffeinated espresso. Some people report a slightly more bitter brew with decaf, but that’s barely noticeable when adding milk and/or chocolate.

Is there a difference between a latte and a cappuccino?

Can you get a mocha with a cappuccino?

You get equal parts espresso and steamed milk. You could add mocha to that, but most people opt for a straight mocha if they want the chocolate flavor.

Cappuccino tends to be more decadent than a latte and has a stronger coffee flavor.

Can you make latte and mocha without an espresso machine?

If you’re interested in making either of these coffee house beverages at home, you’re in luck. You don’t need to invest in an expensive espresso machine to do so. Simply heat the milk up on your stovetop in a saucepan or in a microwave.

You can get it foamy by using a milk frother. You can even make a mocha by adding chocolate to the coffee you are brewing.

A tried-and-true method that works for anyone who owns a single-cup coffee maker: add a few chocolate chips to your cup, let the brewed coffee flow over the chocolate and melt, and then top with steamed milk.

What Is White Coffee?

The Battle of Irish vs English Breakfast Tea

Siphon Coffee vs French Press (Which One Is Better For Me?)