The Color of Coffee: Why Are Beans Different Colors?
8 Embarrassing Coffee Mistakes You Must Avoid
The Ultimate Guide To Milk Frothing: Impress Friends With Awesome Latte Art
Espresso Powder vs. Instant Coffee: Which is Better?
Espresso vs. Cappuccino: Which is Better? 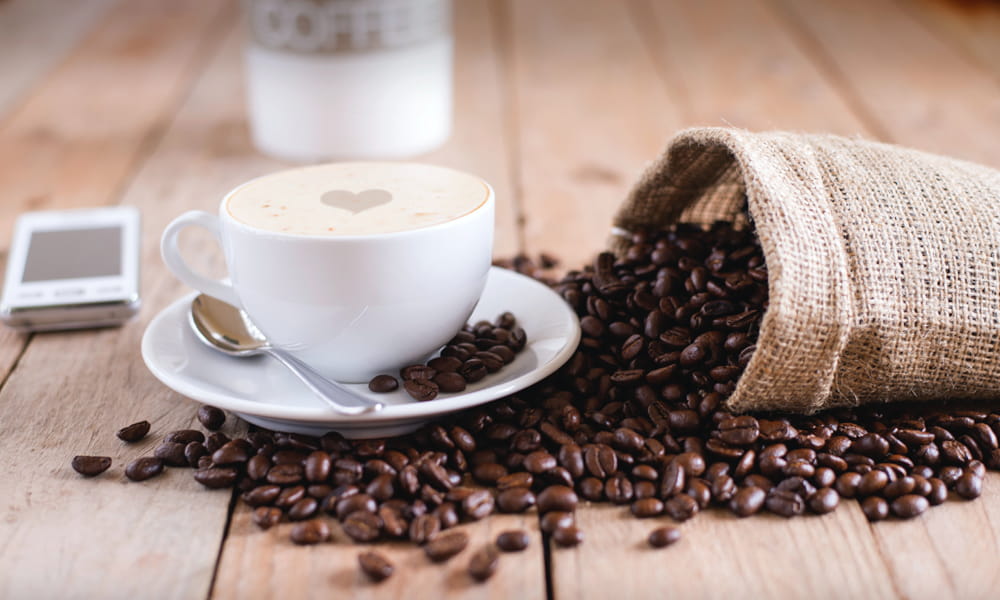 How is Coffee Grown? – The Process of Coffee Production

Growing coffee is not as easy as growing a vegetable garden in your backyard. There are a lot of steps involved in growing coffee and special requirements that must be met to deliver the best result.

How Is Coffee Grown?

Coffee harvesting begins by keeping some of the coffee beans and using them as seeds. A coffee seedling is planted in a small container and grows in a nursery for about a year.

Once it reaches about two feet tall, the seedling is mature enough to be transplanted outdoors. Coffee farming actually has a somewhat harsh environment, and the plant needs time to grow and get strong enough to tolerate it.

Coffee trees can grow as tall as 20 feet, but the growers trim them to keep them around eight feet or so to make harvesting easier. It takes a coffee tree as many as five years to produce fruit, small red berries that resemble cherries.

The coffee bean is actually the pit of this fruit. 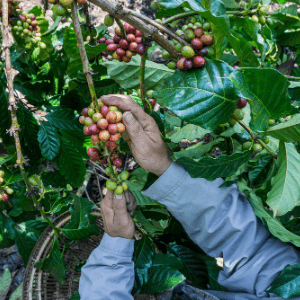 Coffee is not like a lot of other crops in that it’s not grown on large factory farms. Coffee is usually grown in small batches by independent farmers.

To facilitate harvesting, the coffee plants are plants on flat, wide spaces. On small farms, harvesting is done by hand.

Not every fruit on the coffee plant matures at the same time, so harvesting is a time-consuming task. Each plant has to be harvested in stages, picking the berries that are ripe and leaving the others to mature, then coming back a week or so later to get the stragglers.

Some larger farms use machines to pick the berries. While this process is certainly faster than harvesting by hand, it removes all of the berries, even those that aren’t fully ripe.

Sorting the ripe berries from the unripe ones is sometimes done later in the production process, but not always.

Ripe berries produce beans that are low in acid and high in oil, an ideal combination for a delicious, smooth cup of coffee. 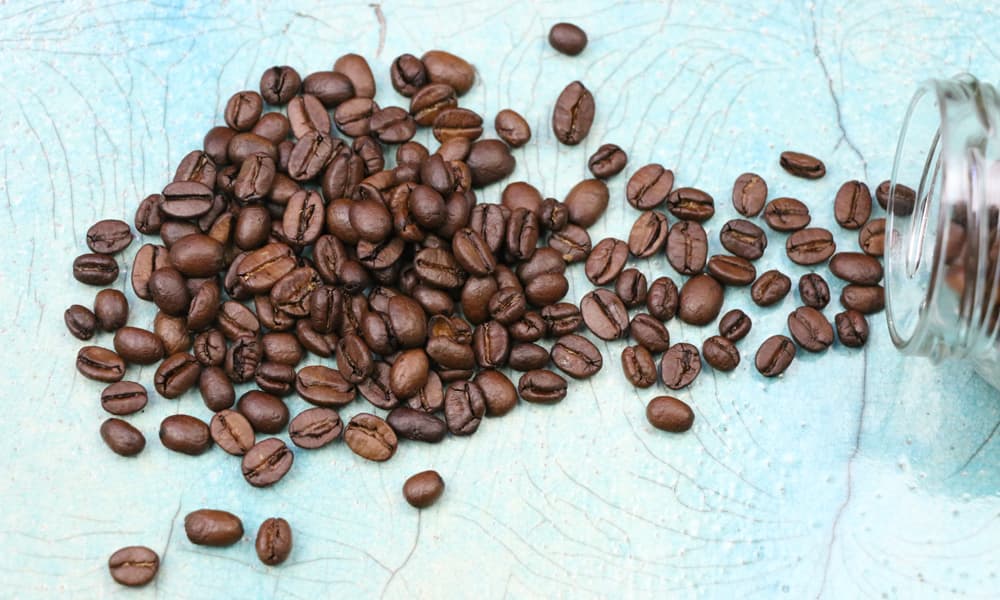 To make sure only the best beans make it into the coffee, the cherries have to be sorted. This is done a few ways and typically depends on the size of the farm.

Some do it by hand, but larger farms often use water immersion. In this method, the cherries are tossed into a large tank of water. Because the ripe berries are dense, they sink, while the unripe berries float to the top and are easily removed.

This is the process of removing the fleshy exterior from the fruit itself. It’s only done with certain types of coffees.

Within 24 hours of being picked, the cherries are placed in a de-pulping machine which removes the outer skin and pulp. Some producers throw away the discarded bits, but no-waste producers use it as compost or to make other products, like tea.

Fermenting is an important part of the process because it allows acids to develop, which are responsible for adding richness and depth to the flavor. There are a few ways to achieve this.

The first is wet processing or low fermentation. This is a modern method that has become pretty common. It’s fast, but it requires a lot of water. In wet processing, the beans are tossed into large fermentation tanks for anywhere from 12 to 48 hours. 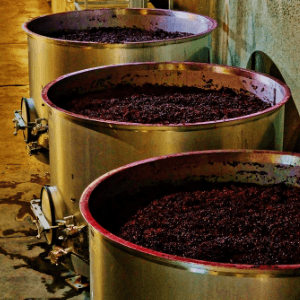 Semi-washed or medium fermentation is a bit different. Instead of completely removing the sticky outside layer of the bean, it is left in place. This allows fermentation to continue through the drying process, which gives the coffee a sweeter taste.

High fermentation is a dry processing approach that has been used for centuries, particularly in places without abundant water supplies. The cherries are not de-pulped at all; instead, the entire fruit is laid out in the sun to dry and ferment.

This process is a little trickier because each berry dries at a different rate, but it produces coffee that is deep and complex. 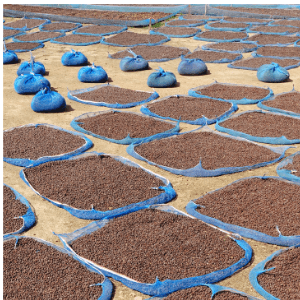 Coffee Beans Drying in the Sun

To be used to make coffee, all beans have to be dried. Those that have been wet-processed are already fermented and just need to dry.

Beans that have been semi-washed or dry-processed ferment while they are drying.Drying is either done in a large machine or by laying the beans out in a thin layer under the sun.

The farmer watches the beans carefully during this process, raking them and turning them every so often to prevent mold or mildew and protecting them in the event of rain. The drying process usually takes between two and four weeks.

After the beans are dried, some are stored as green coffee beans while others head onto the next part of the process where they are milled to remove the outer skin and any leftover dried bits of pulp. Some beans are also polished to make them shiny, though this does not affect the taste.

Getting Ready to Be Sent Out into the World

At this point, the coffee beans are graded for quality and then distributed to where they’re needed. Roasters buy raw coffee beans from distributors to impart their own flavors, including independent roasters that create unique flavors in small batches and large corporations that mass produce well-known brands.

Once the beans are roasted, they’re carefully packaged so that they’re protected against moisture, air, and UV light. Sometimes, the beans are ground first, but other times, they’re packaged whole. Then, the finished coffee beans make their way to a store or coffee shop near you.