What are the biggest coffee shop chains in the world? And can you take lessons from these businesses to build your coffee shop faster?

Some of these popular coffee shops chains are franchises while others sell coffee beans and other items directly to customers in-person and online. Take a cue from these 15 biggest and most popular coffee shop chains from Seattle, New Orleans, Dublin and more, as you name your business.

So pour yourself an espresso and let’s dive in! 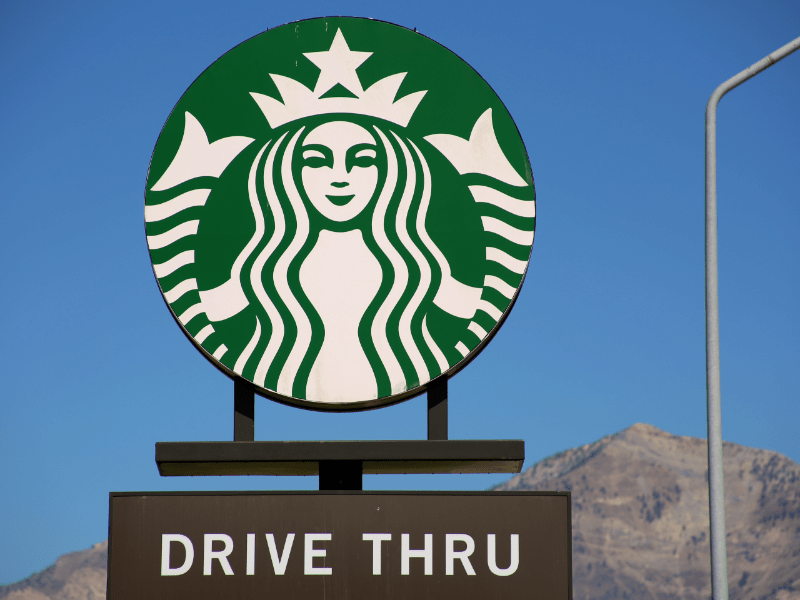 Starbucks is the biggest coffee shop chain in the world, with more than 30,000 locations.

Its name is derived from the literary classic “Moby Dick,” and was originally going to be called Pequod after the name of Captain Ahab’s ship in the book. However, a brand manager who was in charge of designing the chain’s logo saw the name of Ahab’s first mate on the Pequod, which was Starbuck.

This coffee company franchise is also well known for popularising a taste for speciality coffee drinks with customers.

This coffee shop chain was founded in 1971 in London, England by Bruno and Sergio Costa: two brothers who began selling their product to local caterers. It currently has about 3,400 locations in Europe and the Middle East.

There is no secret in this coffee chain’s name, as it is simply taken from the last name of the founders.

If you’re anywhere in Canada or in some parts of the United States and China, you know about Tim Horton’s. More than 5,000 locations bear this coffee shop’s name, which was, like Costa Coffee, named after its founder.

Tim Horton was a Canadian hockey player for the Montreal Maple Leafs for nearly two decades. 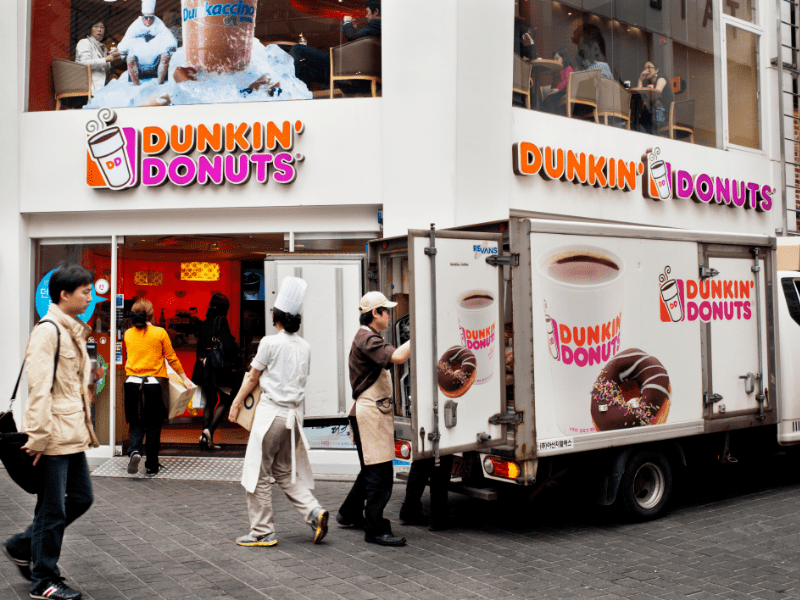 Now referred to as just “Dunkin’,” this coffee shop chain has about 11,000 locations around the globe.

Although there is no verified information on how this chain got its name, it is rumored that a company executive was inspired by dunking his donut in his coffee; and one of the most famous coffee business names was born!

This is not the largest coffee shop chain on the list, but it is one of the most popular. There are only 200 locations in the United States and just a single one in China, but its speciality coffee is sold in more than 14,000 U.S. stores.

Its name is derived once again from its founder, Alfred Peet, who grew up in the Netherlands before moving to Berkeley, California and opening his first shop in 1966.

Who would have thought McDonalds would become known for menu items beyond the Big Mac and fries?

Owned by the fast-food behemoth McDonald’s, McCafe is in 10,000 restaurants worldwide. The fast-food speciality coffee concept was initiated in Melbourne, Australia in 1993 and quickly took off.

The company’s name is the combination of “McDonald’s” and “cafe”, which is closely associated with coffee.

This coffee chain was founded in Minnesota in 1992 and has grown relatively quickly to boast 600 locations around the world. John and Kim Puckett were inspired to open their own coffee shop after a trip to Alaska, where they encountered wild caribou at Denali National Park.

Lavazza is one of the oldest coffee shops on the list, having been founded in 1895 in Turin, Italy. The brand is present in more than 90 countries worldwide and employs more than 3,800 people.

As with many other coffee shop chains on the list, Lavazza gets its name from its founder, Luigi Lavazza.

This coffee shop has more than 1,000 worldwide locations, most of which are in the United States and Australia, although it has a presence in more than 37 other countries.

This is yet another coffee shop named for its owner, Gloria Jean Kvetko, who opened her first shop in Long Grove, Illinois in 1979.

This is a fairly new coffee shop, having been founded in 1992 by two brothers, Dane and Travis Boersma. To come up with one the fastest-rising coffee business names (there are now nearly 400 locations), the brothers took their relationship and their Dutch heritage and combined the two to create Dutch Bros.

This coffee house has one of the most unusual stories behind its name, which was originally Beaner’s Coffee. However, the racial connotations of the name made the owners change it to Biggby, which is pronounced “Big B” to honor the original name.

There are now 240 locations across the American Midwest.

As one of the smaller coffee chains on the list, this one may not be as well-known as some of the others. However, it does have 30 locations in the U.S. and its canned coffee drinks are a mainstay in grocery stores across the country.

The founders, Todd Carmichael and JP Iberti, are from La Colombe d’Or, France, which is how they came up with their coffee shop’s name.

As the third-largest coffee chain in Britain, Caffe Nero now has 700 locations and employs more than 4,000 baristas all over the world. Its name is simply Italian for “black coffee,” the chain’s speciality. Once again, the name is simply derived from the owners’ last name. It operated a landmark coffee house on in Grafton Street in Dublin for years and has shops around the world. That store recently reopened and is worth visiting if you’re in Ireland.

As you can see from this list of major coffee chains, most are named after their founders, which is an excellent way to ensure a unique name. Others are named after a region, heritage, or famous literature.

Still others have been more creative by using a donut dunking technique, a word mashup, or a foreign phrase to describe the product as their coffee shop name. You can find other awesome coffee business names by trying these methods:

No matter how you end up choosing your coffee business name, just be sure the name is one that is easy to pronounce, can be scalable, sets you apart from your competitors, and accurately describes your product. Follow these tips, and your coffee shop name will be one that customers will remember!

A Step by Step Guide: How to Clean Coffee Pot with Baking Soda

How to Get Coffee Stains Out of Clothing