Coffee or Wine: Which is Better?

Two of the beverages with the greatest cultural ties are coffee and wine.

Both beverages are steeped in tradition, and numerous countries have long histories that are defined by their unique production methods when it comes to coffee and wine.

During the past few years, several trends have impacted both the coffee and wine industries.

For example, close to four out of every five people who drink coffee regularly are brewing it at home, indicating that many people are moving away from purchasing coffee at a café. In addition, the average amount of wine consumed per person is going up as well.

While both beverages are popular, which is better, coffee or wine? While this will always be a subjective decision, coffee eventually comes out on top in multiple categories.

An Overview of Coffee and Wine 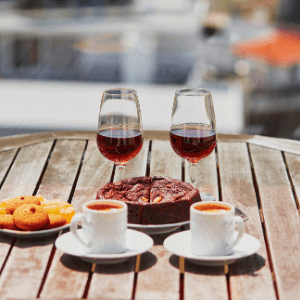 An Overview of Coffee and Wine

Coffee and wine are both popular beverage choices; however, they are popular for different reasons. Even though both beverages are closely tied to social situations (many people get together, hang out, and catch up over a cup of coffee or a glass of wine), there are some notable differences.

The most obvious difference is that wine contains alcohol; whereas, coffee does not.

Furthermore, wine is often enjoyed by individuals after a long day as a way to relax, unwind and get ready for bed.

On the other hand, coffee contains caffeine and is used to wake up in the morning.

At the same time, both coffee and wine have their health benefits. Some studies indicate that wine can be good for someone’s heart while coffee could help individuals lose weight.

With these points in mind, which is better, coffee or wine? Their health benefits will be examined in detail. 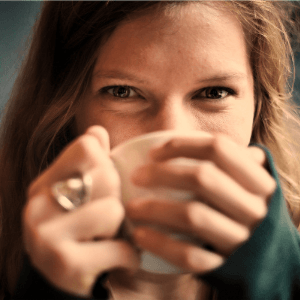 One of the main health benefits of coffee is that it provides people with an energy boost. Most people are familiar with the punch that coffee packs in the form of caffeine; however, caffeine works on the brain in two different ways. These include:

Studies have shown that the body absorbs 99 percent of its caffeine within 45 minutes of ingestion; however, the blood’s caffeine levels peak within about 15 minutes.

Another critical point to keep in mind is that caffeine may also help people lose weight. Coffee has been tied to fat-burning properties by inhibiting the body’s ability. One specific study even showed that regular coffee intake is correlated with a lower overall body fat content.

At the same time, it is important to note a few of the major drawbacks of drinking coffee on a regular basis as well. These include:

Everyone should weigh the benefits and drawbacks of coffee consumption carefully.

The Benefits of Wine 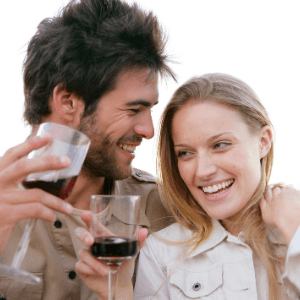 The Benefits of Drinking Wine

Wine is another popular beverage. With numerous styles ranging from white to red, from rose to sparkling, everyone can tailor their wine to meet their personal preferences. While wine does have a delicious taste, there are a few health benefits to note as well.

While these benefits are nice, it is important to note some of the drawbacks as well. These include:

While wine is great, it should be enjoyed in moderation.

The Final Word on Coffee or Wine 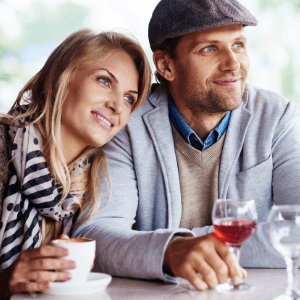 All evaluations that compare coffee or wine are going to be subjective. At the same time, it appears that coffee has far more health benefits than wine. Furthermore, while a caffeine addiction can be difficult, alcoholism is far worse.

For this reason, coffee comes out on top in this comparison.