The Color of Coffee: Why Are Beans Different Colors?
8 Embarrassing Coffee Mistakes You Must Avoid
The Ultimate Guide To Milk Frothing: Impress Friends With Awesome Latte Art
Espresso Powder vs. Instant Coffee: Which is Better?
Espresso vs. Cappuccino: Which is Better?

Coffee or Hot Chocolate: Which is Better?

Coffee and hot chocolate are two of the most popular beverages in the world. Personally, I love drinking hot chocolate in the winter, as there is something magical about this drink.

While both beverages have a delicious taste, some people find hot chocolate to be a more seasonal beverage; whereas, people consume coffee all year round.

Therefore, when looking at coffee or hot chocolate what are a few of the points to keep in mind? In the end, the health benefits of coffee will outweigh the sweet taste of hot chocolate.

Coffee and Hot Chocolate Are Both Common Beverage Choices 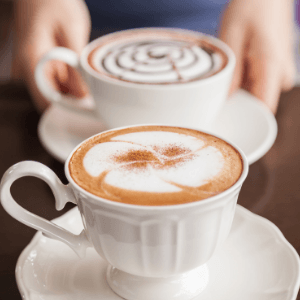 Both coffee and hot chocolate are popular beverage options. Coffee is popular for several reasons; however, the biggest reason why people love coffee is that it packs a punch when it comes to caffeine.

There are a lot of people who start drinking coffee during their college years to help them stay awake while studying.

While lots of people on my freshman floor didn’t come to college as coffee drinkers, many of them wound up drinking coffee on a regular basis by the end of the year. At the same time, this caffeine addiction can also be one of coffee’s drawbacks.

Hot chocolate is typically associated with the holidays.

Many people picture a cup of hot chocolate cooling on the windowsill as the snow falls outside. While the coffee bean and the cocoa bean are cousins,  hot chocolate is much sweeter than coffee.

This is one of the biggest reasons why people love a mug of hot cocoa. On the other hand, this sweet punch is one of its drawbacks.

When it comes to comparing coffee to  hot chocolate, it is important to look at both the taste and the health benefits. Which one comes out on top? 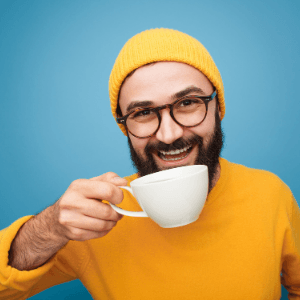 Many people get an energy boost from drinking coffee. Thanks to its caffeine content, it increases alertness while reducing fatigue. Studies have shown caffeine coffee can increase dopamine levels.

A drink, like an espresso, provides a source of energy and acts as a pick-me up. A certain amount of caffeine also blocks adenosine receptors in the brain. This prevents people from feeling tired.

The caffeine in coffee may help people lose weight. Studies have shown that caffeine can increase the number of calories that people burn by around 10 percent in addition to helping burn fat.

Given that many people in the United States are struggling to lose weight, coffee might help them do so.

On the other hand, there are also a few drawbacks of regular coffee consumption. These include:

Whether you like ordering espresso, mocha or latte for your Starbucks barista, it’s a good idea to monitor caffeine consumption.

The Benefits of Hot Chocolate 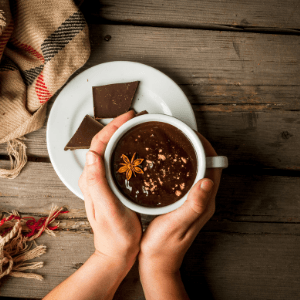 The Benefits of Drinking Hot Chocolate

Hot chocolate is a beverage closely tied to the winter season. There are several health benefits of drinking  hot chocolate as well. These include:

These are just a few of the many benefits hot chocolate can provide. On the other hand, there are a few disadvantages of regular hot chocolate consumption as well. These include:

While hot chocolate is a delicious beverage, drinking it too often might cause you to put on weight or interfere with your daily consumption of sugar. It also still contains some caffeine. So consider a green tea or chai tea as alternatives.

The Final Word on Coffee or Hot Chocolate 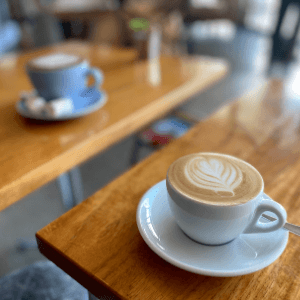 Any evaluation of coffee or hot chocolate is subjective. However, coffee is a year-round beverage; whereas, hot chocolate tends to be more seasonal.

This may explain why coffee is more popular than hot chocolate. Some people also prefer the sweet taste of hot chocolate over the bitter taste of coffee.